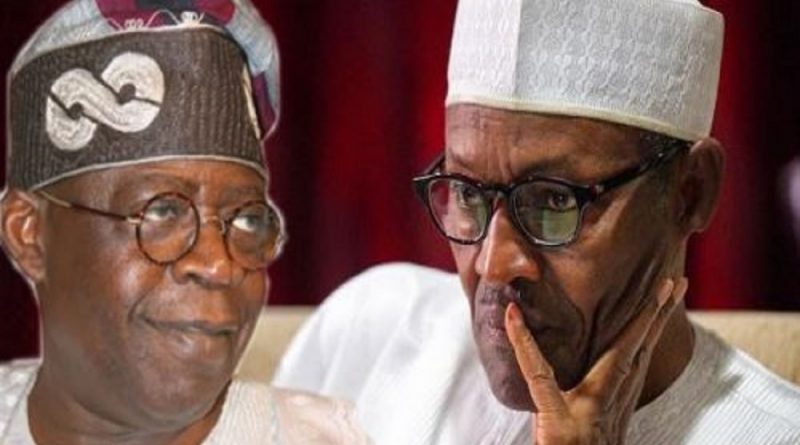 ·      Who blinks first between the two camps ahead of titanic primary

Speaking during his meeting with the 23 APC governors at the Presidential Villa in Abuja on Tuesday, Mr. Buhari advised the party to think of the right candidate that possessed requisite leadership qualities.

According to the Nasarawa State Governor, Abdullahi Sule, in an interview on a Channels Television programme, Politics Today, the President did not disclose his preferred aspirant but outlined qualities the APC presidential candidate must possess.

The President had in an interview with Channels Television in January said he had a preferred presidential candidate but he would not reveal him for fear of exposing him to vicious attacks.4.6K

Equally, the President’s Special Adviser on Media, Mr Femi Adesina, in an interview with Channels Television May 12, quipped, “In a previous interview when the President was asked whether he had a favourite candidate, he answered yes; but he would not mention him because mischief might happen to that person.”

An APC chieftain who craved anonymity told Image Newspaper that the resort to open contest “has destroyed the PDP beyond redemption”. “Governor Nyesom Wike is wounded and bitter; Peter Obi, the moral bastion of PDP, is appalled by dollarization of the contest and has quit PDP for the Labour Party. More bigwigs will leave the party while many will sabotage the Atiku candidacy from within because of their losses and bruises in the primary contest,” he said while stressing that APC should not fall into the same trap.

The source advised the aspirants and their supporters to respect Buhari’s view as the incumbent president, recalling that when former President Olusegun Obasanjo was president, his views were respected in the contest that produced late President Umaru Musa Yar’Adua.

The party began the screening of its aspirants on Monday with Tinubu, Umahi, Nwajiuba, Ondo-North lawmaker, Boroffice, Bakare and Ohanenye, were screened by a committee chaired by Chief John Odige-Oyegun, a former National Chairman of APC.

While addressing APC governors on Tuesday as the party’s presidential primary nears, Buhari stated, “The party has successfully established internal policies that promote continuity and smooth succession plans even at the state and local government levels.”

The President added, “For example, first-term governors who have served credibly well have been encouraged to stand for re-election. Similarly, second-term governors have been accorded the privilege of promoting successors that are capable of driving their visions as well as the ideals of the party”.

Soliciting the governors’ cooperation, Buhari said, “In keeping with the established internal policies of the party and as we approach the convention in a few days, therefore, I wish to solicit the reciprocity and support of the governors and other stakeholders in picking my successor, who would fly the flag of our party for election into the office of the President of the Federal Republic of Nigeria in 2023,” the President added.

Buhari stressed further: “As we approach the convention, I appeal to all of you to allow our interests to converge, our focus to remain on the changing dynamics of our environment, the expectations of our citizens and the global community.

“Our objective must be the victory of our party and our choice of a candidate must be someone who would give the Nigerian masses a sense of victory and confidence even before the elections.”

Presidential spokesman, Femi Adesina, quoted the Chairman of the Progressive Governors Forum and Kebbi State Governor, Mr. Atiku Bagudu, as promising to support the President to ensure that APC produced a candidate who would follow the path of patriotism and love for the country, which Buhari had kept to.

Adesina’s statement was corroborated by Governor Sule, while fielding questions from Channels Television when he said, “The President mentioned that our consensus candidate or our candidate to be selected must be somebody (who is) acceptable to Nigerians; somebody who understands what the APC is all about and what the APC is after. And he mentioned clearly that it is somebody that will go to every part of the country and be accepted.

“We must bring somebody that can win an election and be able to sustain all the good things that the APC has done. So, that is exactly the definition of the President. But if you are looking for a name, the President didn’t mention a name and neither did anybody mention a name. So, he gave us that in a plug and allowed us to think of the right person in these few days while he is in Spain. So, when he comes back, then everybody can say, ‘Okay, we have thought about it and we believe in who is going to be president.’”

Confirming that Buhari asked the governors to go and think about the right candidate for the party, Sule said, “He just told us his dream of who would be president. That is it. ‘My dream of who would be president is this and I am also going to consult with other stakeholders, not just the governors; I am going to consult with other stakeholders and the aspirants themselves. At the end of the day, we must remain a united party.’ I think that is just the view of the President.”

The governor noted that while it did not look to him that Buhari had a preferred candidate, it appeared that the President wanted the governors to collectively choose the right person.

Sule stated that the little days preceding the presidential primary would witness a lot of consultations stressing “I don’t think it is a situation where the President would just say that this is the person, take him or leave him. No, I don’t think it is going to be that”.

Meanwhile, an arrowhead of Tinubu camp and a member of the House of Representatives, Mr. James Faleke, who is also the founder of the Tinubu Support Group has countered the President by declaring that consensus was unknown to the constitution of the APC.

Mr. Faleke, who collected the N100m APC Presidential form on behalf of principal, Tinubu, also drew our correspondent’s attention to the provisions of the Electoral Act regarding the issue of consensus.

“You have asked me many times about consensus and I have told you that it is not part of our party’s constitution and the procedure for consensus is clearly spelt out in the Electoral Act. I won’t say more than that,” Faleke warned.

In previous interviews, Faleke and other Tinubu support groups like the South-West Agenda 2023 otherwise known as SWAGA, had demanded a free and open contest.

They premise their contention on Section 84(9) of the Electoral Act which states that “A political party that adopts a consensus candidate shall secure the written consent of all cleared aspirants for the position, indicating their voluntary withdrawal from the race and their endorsement of the consensus candidate”.

The section states further “(b)Where a political party is unable to secure the written consent of all cleared aspirants for a consensus candidate, it shall revert to the choice of direct or indirect primaries for the nomination of candidates for the aforesaid elective positions.”

This implies that all aspirants must agree to a consensus before it can be adopted by the party. However, the amended Electoral Act is yet to be signed into law by President Buhari.

While the APC presidential primary draws closer with the Buhari and Tinubu camps digging in, some analysts have contended that there is a grand plan by a powerful stakeholder group of the party to settle for consensus option. Those in favour of the arrangement argue that such is the better way to maintain cohesion in the party and preserve the nation’s unity.

“Have you ever seen a situation where a sensible and discerning outgoing President leaves the important matter of who succeeds him to chance and vagaries?” a pro-consensus APC top notch told the Image Newspaper on Wednesday, June 1. But the Tinubu group have remained unrelenting in their opposition of the consensus option which they describe as undemocratic and unconstitutional.

The few days to the make or mar presidential primary would unveil who blinks firsts between the Buhari and Tinubu camps over the issue of consensus candidacy. 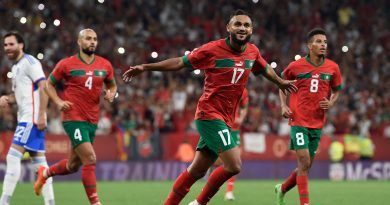 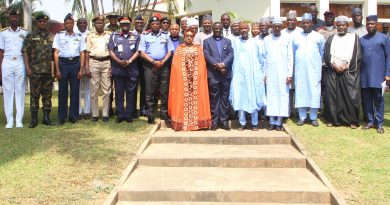 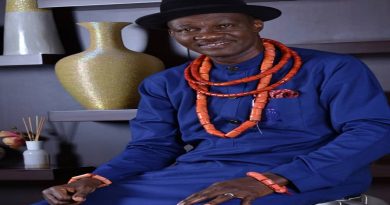