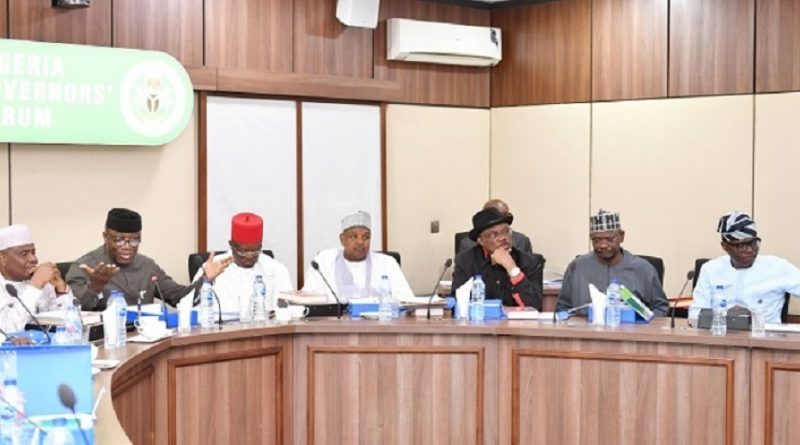 For some time, the liquidation of the outstanding $418m judgment payments accruing to some consultants and contractors who secured the over $13b Paris-London Club refunds has been hugging media headlines and stirring debates in the public domain. The development was stirred by desperate moves and red flag raised by the Governor Kayode Fayem-led Nigeria Governors Forum [NGF] calling for forensic audit and vetting of the claims by the Economic and Financial Crimes Commission (REFCC) before payment. President Muhammadu had approved the payment to the consultants following recommendations by the Attorney-General/ Minister of Justice, Mr. Abubakar Malami and his Finance, Budget and National Planning counterpart, Mrs. Zainab Ahmed.

The NGF’s opposition to the payment was conveyed through a petition to President Muhammadu Buhari by the forum’s counsel, Chief Femi Falana, SAN. The petition leveled unsubstantiated allegations of shady deals against the consultants and top officials of the Federal Government who processed the payment approval. The corruption accusations were accentuated by a flurry of slur campaigns, chicaneries and other negative reports in the media targeted at the officials, including the Attorney-General/Minister of Justice and the Finance Minister as well as the consultants. In fact, not even the Federal Government as personified by the President and the Chief of Staff to the President has been spared in the propaganda which attempted to query the anti-corruption credentials of the administration. The Fayemi-led NGF is widely blamed as the engineers of the calumny campaigns aimed at halting the consultancy payments. To some analysts, the NGF is merely fishing for excuses and technicalities to blackmail the consultants involved with the intent of denying them their judgment payments and associated debts.

Apart from using media propaganda to besmear the consultants as predators, the NGF has also threatened legal action to debar the Federal Government from proceeding with the pending payment.

But in making their argument, the NGF strives to downplay the fact that several consultants are involved and that there were many consent agreements. The agreements were entered into either between the governors and the consultants or between the consultants and the Association of Local Governments of Nigeria (ALGON). For instance, a letter of no objection for payment of legal/consultancy fees to Linas International Limited regarding over-deductions on Paris and London Club loans on the accounts of states and local governments, was signed on July 5, 1017 by the then Chairman of the forum and Fayemi’s predecessor, Governor Abdulaziz Yari Abubakar of Zamfara State. This is just one of several agreements that commit the NGF and ALGON to payment of the consultants because the states and local governments cannot make a u-turn along the way after collecting many tranches of the same refunds.

So, the crux of the matter is not about EFCC or name bandying with the toga of corruption. The NGF and ALGON complicated the matter when they started introducing new consultants and signing fresh agreements with them over a matter that was already being expertly handled by Ned Nwoko Associates and Linas International for over a decade. It was the smuggling in of fresh consultants and contractors that escalated the cost of the services. The Federal Government knows the truth about the matter and resort to political blackmail game by the NGF, now scheming to truncate the payments accruing to the consultants. So, the President knows it is not an issue of corruption on the part of the consultants per se but bad faith aimed at barricading payments with documentary and judicial backings.

Of all the consultants, Ned Nwoko and his Linas International Limited come clean of underhand dealings. It is on record that Ned Nwoko was the person who initiated the Paris-London Club refunds struggle which he pursued to logical success. Along the line, the NGF succeeded in convincing the President to direct the EFCC to investigate Prince Ned Nwoko and his firms thrice, but the anti-graft body on all three different occasions found nothing against him.

Again, those describing the balance payment of $418million as humungous and unbearable should equate it with the sum of $13billion recovered and reaped by the beneficiaries. This hindsight, together with the binding agreements, probably explains why the Federal Government, which knows more about the matter, has demonstrated clear commitment to making the payments in order to avoid embarrassing judgment enforcements especially abroad.

This is why I fault those shouting ‘corruption, corruption’ in a bid to demonize the consultants their fees. Honouring the terms of the agreements with credible consultants like Ned Nwoko Associates and Linas International Limited will enhance rather than diminish the anti-corruption stance of the Muhammadu Buhari administration. Nigerians should not fall for the cheap antic of hollering corruption against innocent persons whose only known offence is that they are asking to be paid for lawful services rendered. As already stated, Ned Nwoko’s involvement in the matter of proper debt or loan management stretches far back to as early as 2004. This kind of leader with time-honoured reputation of fighting against injustice cannot be described as opportunistic or speculative in any way.

Is it not discernible that the governors who are indebted to the consultants are the ones kicking against liquidation of the debts? Of course, it is often the case in our clime that dishonourable people find it difficult to fulfill financial obligations once they have achieved their objective or received what they were looking for. That is the prevalent nature of man.

Recall that it was the NGF that about two years ago allegedly appropriated US$100 million which was part of the US$350 million earlier approved by Mr. President for payment to Ned Nwko’s firm, Linas International Limited as consultancy fee on Paris Club refunds to local governments. Ned Nwoko made the allegation in a letter he wired against the NGF to the Attorney – General of the Federation and Minister of Justice through his team of lawyers.

Nigerians have not forgotten how for several months, the Paris Club refunds constituted a lifeline of immense benefits particularly to the states and local governments. They provided needed relief for governments to meet key obligations particularly payment of workers’ salaries, pension arrears, provision of welfare benefits and critical social infrastructure. As a matter of fact, the refunds came at a time when the nation was recovering from the tides of recession and facing severe economic downturn which set in since 2013 and climaxed in 2018/2019. The multi-billion dollar refunds which came in tranches helped some governments particularly at the state and grassroots levels to regain their fiscal balance. And neither the Federal Government nor the consultants should be made to pay for the squandering or misapplication of the refunds by some governors.

And in factuality, if you risk nothing, you gain nothing. Why begrudge those who staked their lives and careers to stick out their necks and fight for a cause while you recoiled in your comfort zone and thrived in political and social correctness? As the holy books say, a labourer is entitled to his wages.

The NGF and ALGON should better leave sentiments aside and treat the matter of payment to the consultants on its merit. Some persons may not like the faces or names of the consultants who are entitled to the payment, but the simple question is: Did they facilitate the refunds? The answer is yes, simply and squarely.

It is also irksome that a dogged patriot like Prince Ned Nwoko who is the undisputable initiator and principal facilitator of the refunds is being subjected to needless further litigations by the NGF and their hirelings. It took the eagle eye of Ned Nwoko to detect that various tiers of government in the Nigerian federation were being shortchanged via over deductions running into billions of dollars in the seeming endless repayment of the Paris-London Club loans.

The UK and Nigeria-based international lawyer of repute and former member of the House of Representatives courageously took up the challenge of pursuing creditor-countries and their Nigerian collaborators to refund the excess deductions creamed off the public till particularly at the state and local government levels.

For several years dating back to 2004, Prince Nwoko, at grave personal risk pursued and fought the powerful 22-member country organization tenaciously. He fought from diverse fronts filing legal proceedings in London, Paris, New York, Geneva (Switzerland), Abuja and other places on behalf of Nigeria’s 36 states and 774 LGAs. He spent so much on local legal, auditing and forensic fees, among others in those countries without a dime from his clients (states and LGAs). At the end he triumphed over them and the dividend is the Paris Club refunds for states and LGAs. Why has the NGF and some wily Nigerians forgotten these efforts so soon? It smacks of lack of integrity, dishonesty, selfishness and duplicity to scheme to begin to sing different song on validly sealed agreements like those between Ned Nwoko and the NGF and the LGAs. Of course, the states and the LGas can’t possibly eat your cake and have it back.

Rather than be scurried, the Federal Government should be commended for the bold policy initiative to honourably liquidate the judgment debts and avoid the agony and calamity of judgment enforcements. It would be belabouring the obvious to state that many states are bereft of credibility when it comes to paying for jobs and honouring obligations. Just conduct a checklist on the states and the local governments and you will ascertain that most of them are truly “graveyards of so many companies, businesses and upstarts ventures who are lured into rendering services for which they take benefits and refuse to pay”. The present case about paying Paris Club refund consultants has not deviated from that ignoble trajectory.

In the case of Ned Nwoko, he has already given substantial concessions to the NGF and discounted the sum he is entitled to in the judgment debts from $142million to about $68million. This implies that only about $68 million out of the reported $418 million accrues to him. And furthermore, his acceptance of Promissory Notes instead of direct cash payment, as was done for the states and local governments in the refunds results to a further loss of value.

The NGF appears to have committed a grievous error by lumping Ned Nwoko together with other consultants because is different and clear. Twisting of facts and manipulating public opinion to blackmail all consultants who staked so much to secure the much applauded Paris-London Club refunds that bailed many states and local governments in the country from severe economic downturn cannot help any side. The path of honour is better than that of lucre.

*** Nosike Ogbuenyi wrote from Adetokunbo Ademola Crescent, Wuse 2, Abuja and can be reached via nzogbunzogbu4@gmail.com 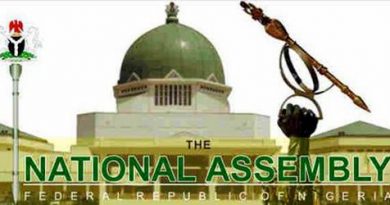 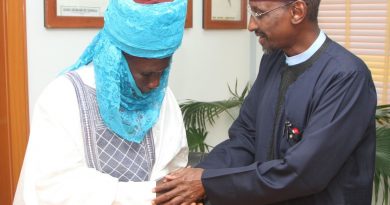