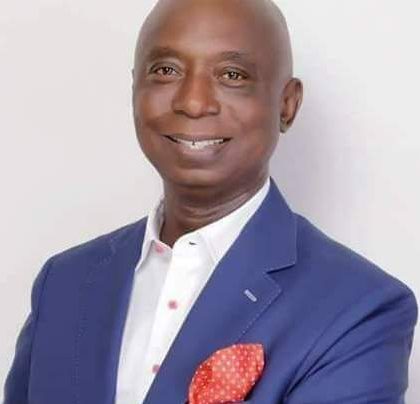 Billionaire Prince Ned Nwoko has accused the Nigeria Governors Forum [NGF] of illegally diverting a staggering US$100 million [N42 billion] which accrued to him. He said the amount was part of the US$350 million earlier approved by Mr. President for his firm, Linas International Limited as consultancy payment on Paris Club refunds to local governments. Ned Nwoko, the hero of Paris Club excess payments refunds made the allegation in a letter he wired against the NGF to the Attorney – General of the Federation and Minister of Justice through his team of lawyers. The legal squad which includes four Senior Advocates of Nigeria (SANs) and other top lawyers is led by Chief Joe K. Gadzama. Other members of the team include Ken Njemanze SAN, Joe Agi SAN, Jeph Njikonye SAN, Onyeka Nwokolo and Tim Odaah.

The lawyers in the letter dated September 6, 2021berated the NGF for allegedly using false narratives to discredit the laudable policy of the Federal Government to liquidate the judgment debts amounting to $418 million. The judgment debts are owed six individuals and entities who rendered services to states and local governments that culminated in the Paris Club refunds.

Nwoko is miffed that the same NGF which short-changed his company, Linas International Limited before is again threatening the Federal Government over its plans to pay judgment debt of $418 million to him and other consultants who facilitated the London/Paris Clubs’ refunds.

A recent report by Vanguard quoted the NGF to have queried Finance Minister, Zainab Ahmed, for issuing promissory notes in favour of judgment creditors or consultants relating to Paris and London Club refunds. The NGF claimed that President Muhammadu Buhari approved the payment of the $418 million Paris Club judgment debt despite pending court cases.

The NGF through their lawyer, Chief Femi Falana, SAN, stressed that the minister ought to have stayed the execution of judgment “connected with payments of legal and consultancy fees arising from London Club Debt Buy Back and London Club Debt Exit Payment, which is the alleged fulcrum of the judgment of the Federal High Court, Abuja in suit No: FHC/ABJ/CS/130/13 – Linas International Limited & ORS V. the Federal Government of NIGERIA & ORS.

But in a counter letter to the AGF Malami and copied to the Minister of Finance through Chief J.K. Gadzama and others, Linas International argued that “it is dishonest, deceitful and malicious for the governors to pretend that it is wrong to obey court orders”.

Apart from appropriating his $100 million, the lawyers accused the NGF of other questionable deals such as hurriedly contriving latter-day consultants for funneling sums of money from the Paris Club refunds.

They said, “It is always easy to forget that people had paid back to EFCC the moneys paid to them without justification. EFCC has investigated and issued three different reports on the involvement of Ned Nwoko with respect to Paris Club Refunds and all the investigations exonerated him.

“We cannot fail to remind you Sir, that the criminal first investigation on the role of Ned Nwoko and Linas International Ltd with Paris Club Refund claims was at your instructions to the Economic and Financial Crimes Commission (EFCC) in 2016. Following that first investigation two subsequent investigations were carried out by the EFCC and all affirmed the pivotal roles of Ned Nwoko and Linas International Ltd in the consultancy for the Paris Club Reforms”.

The lawyers pointed out that by the terms of engagement, he spent his funds to execute the assignment on the clear condition that where no money was recovered there was no liability to the local and state governments, NGF and ALGON.

They explained that Ned Nwoko bore the entire risk and loss while he engaged other professionals and in some cases borrowed through private arrangements to achieve the objective.

The letter further stated, “The states and local governments never had confidence in the chances of success of these consultancies and will not stake their money to fund the inherent costs therein. Hence, they agreed to the percentages now being enforced and left the consultants to, “sink or swim”.

“It bears reiteration, under the prevailing atmosphere of misinformation, to recall that the

judgment debts which are segmented into Categories A, B, and C. The present payment falls

into category A for judgment debts of states and local governments, which were arrived at

through the due process of the law,” Gadzama, lead counsel to Linas International pointed out. He added that categories B and C comprise of judgment debts against Ministries Departments and MDAs worth approximately US$700 million.

While commending the Federal Government for the bold policy initiative to liquidate the judgment debts, Ned Nwoko legal team averred that it was “common knowledge that the states and local governments have become a graveyard of so many companies, businesses and upstarts ventures who are lured into rendering services for which they take benefits and refuse to pay”.

According to them, the $418m debt is the cumulative sum payable to several consultants and lawyers for services which the NGF and the Association of Local Governments of Nigeria (ALGON) duly acknowledged and immensely benefitted from without any hue and cry about corruption and forensic audit or politicization of the payments to the states and local governments.

The lawyers recalled that their “client gave substantial concessions to the NGF and discounted the sum he is entitled to in the judgments being enforced”. Furthermore, they drew attention to the fact that the acceptance of Promissory Notes instead of direct cash payment, as was done for the states and local governments in the refunds results to a further loss of value by our client.

“If our client and perhaps other consultants were paid simultaneously with the refunds, which is the responsible thing to do, there would have been no need for the several law suits which are now being enforced and for which the Federal Government and the Federal Ministry of Finance is being vilified,” they stated.

The lawyers argued: “The facts and circumstances of the case at hand with respect to suit No. FHC/ABJ/CS/130/ 2013, is entirely different from local government funds coming from allocations to the Federation Account. The funds involved in this case were judgment sums recovered from the Federal Government by the Linas International Limited in favour of local governments.

“In the past few days, the news and social media have been awash with skewed interpretations, false narratives about the ongoing enforcement of court judgments arising from several cases with diverse factual basis, but all related to the Paris Club Refunds through the issuance of promissory notes to the judgment creditors.

“It is dishonest, deceitful and malicious to pretend that it is wrong to obey court orders. It is surprising f that the body of governors, who are largely of the same party as the President and Commander-in-Chief are the one condemning him for enforcing valid court judgments.

“We read in the newspapers different headlines on the matter. The frequency with which letters about claims of law suits on behalf of the NGF on this subject is released to the press betrays the intention and scheme of the NGF to suppress the facts, confuse and abuse public opinion in order to continue its resistance in taking responsibility to pay for services rendered.

“The court cannot grant a stay of execution of a judgment that has been executed. Contrary to the impression created in the letter quoted in the publication under reference and other publications there is no order of court ordering the Federal Ministry of Finance to stay execution of the judgment being enforced.”

“It is expedient to recall that on July 7, 2017, governors under the auspices of the NGF set up a committee of the governors and engaged with several consultants, including our client, at the Plateau Government Lodge, Asokoro where some of these consultancies where interrogated.

“Furthermore, the NGF was part of the processes that culminated in the enforcement of the court judgment in suit No. FHC/ ABJ/CS/130/2013 leading to the refunds to local governments and part payment of the consultancy fees of Linas International Limited by the Federal Government in 2018.”