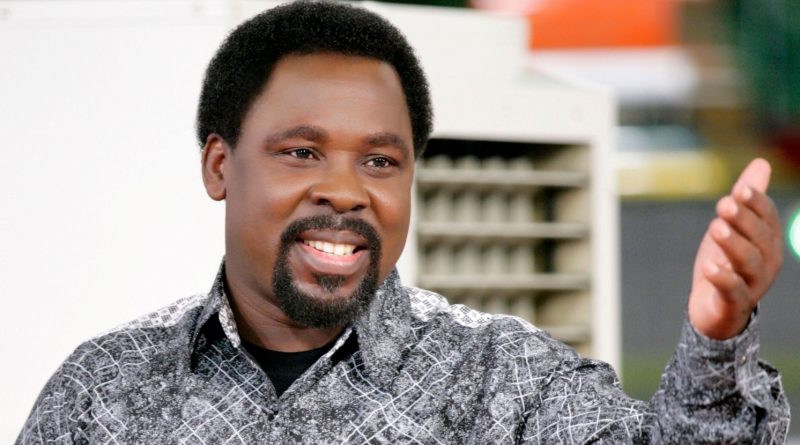 TB Joshua: A Tribute and Reflection about SCOAN

His Synagogue Church of all Nations (SCOAN), Lagos, Nigeria is no drum and trumpet Christian ministry. Talk of charisma, finesse and diplomatese, he has them. And I as an individual never saw anything farcical about his prophetic words, deliverances and healings. He proselytized the gospel of Jesus Christ with verve, simplicity and honesty. Whether people believe it or not, Prophet Temitope Balogun Joshua, (TB Joshua for short), the Nigerian-born General Overseer of the SCOAN Lagos who passed on Saturday June 5, 2021 at the age of 57, was an iconic personality on the global stage.

The demise was seven days shy of the enigmatic prophet’s 58th birthday on June 12. I say happy birthday to the SCOAN founder at his new and eternal abode which I believe is a place reserved by God for the righteous – Paradise.

Prophet TB Joshua preached the gospel of Jesus Christ with sartorial savvy. His empiricism, healing dexterity and prophetic prowess were enough evidence of the originality of his divine calling.

TB Joshua’s critics, who are mostly Nigerians, are often quick to sidestep his positives and rev up his imaginary foibles. This often led those who never ventured or had the opportunity of encountering him or experiencing events at SCOAN first hand to be easily blindfolded into joining the TB Joshua blackmail bandwagon.

Prior to my first visit to SCOAN I never really swallowed the blackmail bait against TB Joshua. My circumspection and taciturnity about him whenever people argued about him was quite obvious. That reflex was mainly driven by fear of God and caution. That was because I had heard and read so much about the man both positively and negatively.

My first direct contact with Prophet TB Joshua was early in 2011 when I had the opportunity of worshipping there for the first time. What I mean by contact here is not a formal meeting which entailed introducing oneself to him. No, it was just a brief laying of hand in a Christian manner that took barely a second. It was an experience which Thousands of other worshippers who were in the church that day also had. The contact was however, profound for me, spiritually speaking. My visit to the SCOAN and contact with TB Joshua removed the scales from my eyes as to the simplicity, humility and charity of the man. I became convinced that the demonization of the prophet was a costly pastime carried too far.

And I know that I’m not alone in this discovery of the truth about the real TB Joshua. He was a real God’s General. Hundreds of thousands from across the world gave provable testimonies about how they received healings, breakthrough or deliverance through the instrumentality of the Morning Water of the Synagogue, otherwise called anointing water. The Morning Water is a small bottle of water anointed by God through special prayer ministration by TB Joshua.  To those who believed, the Morning Water was a veritable weapon for healing and blessings of God.

Thousands of people from all over the world benefitted from deliverance and breakthrough via the spiritual intercessory of Prophet TB Joshua. Through the Emmanuel TV running on many satellite network channels, viewers could have glimpses of some of the great exploits of TB Joshua and the SCOAN.

Beside his healing and deliverance prowess, TB Joshua was an avid philanthropist.

Countless numbers especially physically challenged youths and orphans have benefitted or are still enjoying his university scholarship. Several widows, the elderly, dwarfs and the poor were targeted beneficiaries of his philanthropy.  What many Nigerians travel thousands of kilometers to look for in Jerusalem, Rome or Mecca, many people especially foreigners were trooping to the Synagogue in Ikotun, Lagos for the same. Neither the federal nor the Lagos State government ever thought it desirable to tap into the huge religious tourism potentials offered by TB Joshua’s Synagogue as foreigners travel from all over the world to the place on weekly if not daily basis. In spite of his towering  global status, TB Joshua was never accorded recognition or respect by his country’s government nor majority of her citizens. As the Bible said, “A prophet has no respect in his own country or amongst his own people.”

The indifference, and sometimes hostility, of the Nigerian authorities to SCOAN is perplexing. At a time when the image of the country became so bad outside, TB Joshua’s SCOAN was still drawing thousands of foreigners from all continents of the world to Nigeria.

The SCOAN’s Prayer Mountain offered a huge opportunity for Lagos State and Nigeria to break into the league of veritable religious tourist destinations of the world. The Prayer Mountain is a serene place where nature blends with modernity. It was built in such a way that adherents who are seeking close communion with God could embark on meditative prayer retreat there for days where they would open their hearts to God.

The design and construction of the Prayer Mountain took about a decade to be completed according to the pattern the man of God himself, Prophet TB Joshua was led by the Holy Spirit. It comprises several structures and facilities such as a unique artificial lake, residential chalets, prayer halls and rooms, several gardens and parks, fish ponds, a conference hall with electronic roof which closes and opens to heaven, a helipad for landing by helicopters and many other facilities and devices. The Prayer Mountain is a facility which has the potential of significantly upscale the religious tourism profile of Nigeria and specifically Lagos State on the international stage.

At this stage, some may ask the question: What is it that the Nigerian Federal or Lagos State Government (LASG) can do to compliment TB Joshua’s efforts now that the prophet has gone to be with the Creator? There are many things the federal and Lagos State governments can do to boost the operations of SCOAN. The things mainly have to do with the provision or upgrading of  vital social infrastructure in and around the SCOAN. For instance, most of the access roads from the Murtala Muhammed International Airport, Ikeja to the SCOAN Headquarters and the Prayer Mountains, both located in Ikotun area of Lagos State are in poor and unbefitting state. The roads can be rehabilitated and upgraded to meet international standard. In their present conditions, they are full of gullies and potholes that make it a hellish experience for the international visitors and Nigerians coming to worship at SCOAN. There are no street lights along most of the roads making it scary to drive through them at night.

Government authorities can equally step in by enhancing security around the SCOAN headquarters and the Prayer Mountain especially along the routes leading to them. The LASG can use regulations and supervision to ensure that ancillary services around the SCOAN like hotels and shops conform to the best international practices. Assorted clothing and artifacts depicting Nigeria’s cultural image can be sold in government approved shopping galleries located around the church.

The present situation whereby many of the international visitors come into Nigeria with large amounts of foreign currencies and leave the country with the money for want of meaningful memorabilia and gift items to buy should not be allowed to continue because it does not augur well for the economy of the country.  The SCOAN can be made an institution that would thrive for several generations rather than be tied to the lifespan of its founder. Some may ask whether TB Joshua was the only prophet in Lagos or Nigeria. He was certainly not the only one but what is incontrovertible is that the SCOAN is different from other Pentecostal churches in Nigeria. It is the only one that attracts a large number of international worshippers from all the continents of the world.  Every week hundreds of international worshippers congregate to worship at the Synagogue.

On the part of the SCOAN, what is expected of the church after the demise of its member is announce his successor. Prolonged vacuum won’t do the church any good. One of the ‘wise men’ mentored by TB Joshua during his lifetime can be invited to step into his big shoes if the late man of God did not name a successor before breathing his last. TB Joshua’s widow can play a vital role in making this possible. 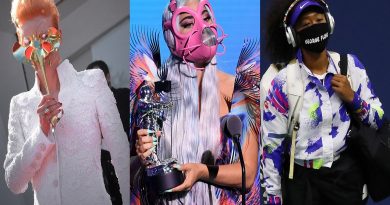 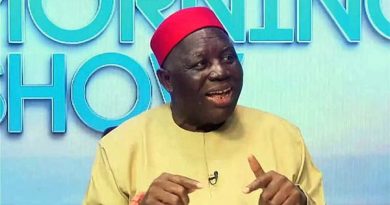 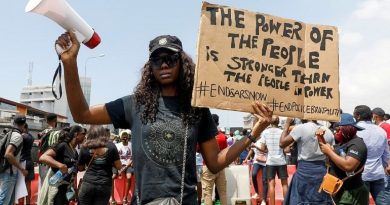