The Federal Government, Thursday, lifted the earlier suspension order on replacement and activation of old Subscriber Identification Module (SIM) card, but on the condition that the person must have enrolled and obtained the National Identification Number (NIN).

The federal government had on December 9, announced the suspension of the sale and activation of new SIM cards across networks.

The suspension order was expected to last till the completion of the audit of the Subscriber Registration Database, which seeks to achieve global standards and quality in the issuance of SIM Cards.

The Director, Public Affairs at NCC, Dr. Ikechukwu Adinde, who announced the suspension in a statement issued by the Commission, said the action became necessary in line with the federal government’s desire to consolidate the achievement of the SIM Card registration exercise of September 2019.

The Association of Licensed Telecoms Operators of Nigeria (ALTON) who conveyed the federal government’s lifting of suspension in a statement it issued, said: “Further to engagements with government on the matter, we are pleased to report that our members have been granted permission to carry out SIM replacement upon verification of the customer’s NIN. In this regard, our members are working with the National Identity Management Commission (NIMC) to ensure seamless system connectivity for verification of NINs.”

The statement, which was signed by ALTON Chairman, Mr. Gbenga Adebayo and its Publicity Secretary, Mr. Damian Udeh, read: “We note the challenges experienced by customers seeking to replace or upgrade their SIM cards following the suspension of sale and activation of SIM cards by the government which also affected SIM replacement.

“We empathise with people who have been unable to reactivate their phone lines as a result of the suspension. We, therefore, seek the continued patience and understanding of our esteemed subscribers as we work with all stakeholders towards speedy resolution of issues affecting SIM Registration/Swap and activation. We assure you of restoring normal services in a seamless and effective manner as soon as possible.” 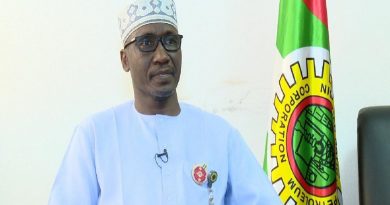