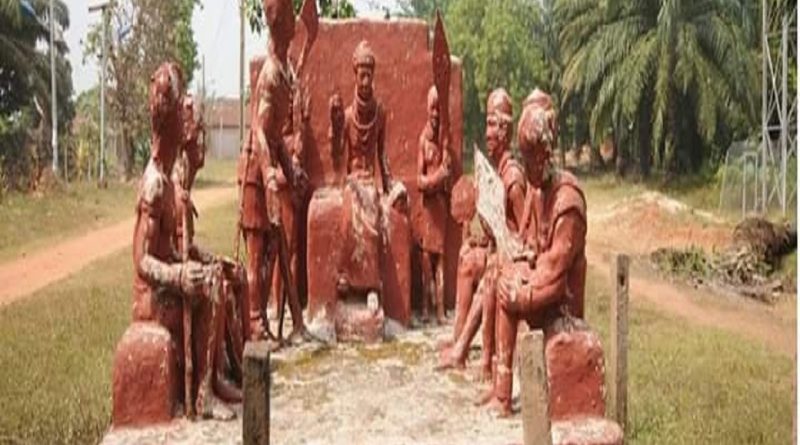 The Federal Government has arraigned seven persons on a three-count amended criminal charge over their alleged involvement in the 2017 violence and killing of Nigerians in Idumuje-Ugboko Community of Aniocha North Local Government Area of Delta State.

The seven accused persons were arraigned before Justice Okon Abang of the Federal High Court sitting in Abuja.

All the accused persons pleaded not guilty to the charges brought against them by the Office of the Attorney-General of the Federation and Minister of Justice.

The initial charge had involved three persons but following a bench warrant issued by the court, four additional defendants were arrested and added to the charge.

The seven defendants were said to have connived with others in May 2017 to unleash terror on the community by burning houses and killed one Cyprian Kumaorun within the community.

When the charges were read to all the accused persons, they all pleaded not guilty and were granted bail by the court.

According to Justice Abang, the 1st to 3rd defendants, having been admitted to bail before now are to continue to enjoy the bail previously granted by the court.

On the part of the 4th to 7th accused persons, the court granted them bail in the sum of N50m and one surety each.

He ordered them to be remanded in Kuje Correctional Centre pending when the accused persons will meet their bail conditions.

The case has been adjourned to December 3 and 4, 2020 for the commencement of trial.

During the trial, the prosecution is expected to call 14 witnesses to give evidence.

Before the accused were granted bail, Justice Abang warned them not to attempt to jump bail.

He cited the example of AbdulRasheed Maina, who is standing trial before the court but had to jump bail after being admitted to bail.

At the last adjourned date on October 21, prosecution counsel, Mr Shuiabu Labaran, told the court that although the business of the day was arraignment but not all the defendants were in  court.

“Due to the uncertainty on the roads, the correctional centre in Kuje was unable to produce the 1st and 2nd defendant in court.

“We are also in receipt of an affidavit of facts stating why the 3rd defendant is not in court.

“Considering the facts deposed to, we have no reason to counter it.”

“However, we recall that this court did issue a bench warrant with effect on April 3 against some new defendants consequent upon which about four of them were arrested.

“This necessitated the prosecution to file further amended charges to bring the defendants to seven on the charge sheet.

“We therefore seek the leave of the court to amend the earlier charge,”Labaran submitted.

The counsel also prayed the court for an accelerated hearing of the matter since it was terrorism related.

Counsel to the 3rd defendant, Mr. M.O Omorogbe had earlier told the court that his client was unable to attend court because he was “stuck in Asaba”.

“My client informed me that he received a text from the airline he was scheduled to fly with on Tuesday that the flight had been cancelled because of the #Endsars protest.

“We have filed an affidavit of facts demonstrating the 3rd defendant’s inability to be in court and we apologise as the situation is beyond our control,” the counsel said.

Counsel to the 2nd defendant, Prof. Agbo Madaki had also told the court that his client had fulfilled his bail condition and what was left was for the court to sign the release warrant to be sent to the correctional centre.

The presiding judge, Justice Okon Abang adjourned the matter until Oct.30 for amendment of the charge and fresh arraignment adding the four new defendants.

The judge also ordered that the 3rd defendant be present in court unfailingly on the next adjourned date as he had deposed to in his affidavit of facts.

One of the counts in the amended charge reads in part: ”That you, Nwochie  Light, Aikhomo Omezi, Okey Ifejoku, Godwin Aniemeke, Nonso Omefe, Dennis Nwoko Alias Uwadiegwu and Emeka Bidoku Alias Onyeboundle of ldumuje-Ugboko Community, Aniocha Norih Local Government Area of Delta  between May 18 and 25, 2017 at ldumuie-Ugboko Community, Aniocha North Local Government Area of Delta, within the jurisdiction of this court, did conspire with others still at large to commit acts of terrorism.

“You thereby committed an offence punishable under Section 17 of the Terrorism (Prevention) (Amendment) Act 2013.

“You thereby committed an offence punishable under Section 1(2)(e) of the Terrorism (Prevention) (Amendment) Act 2013.”